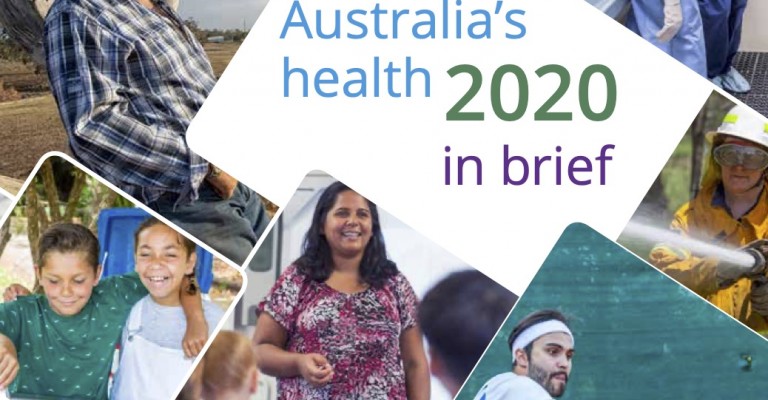 I’ve been curating a list of helpful social media channels and apps over the past several months. When the Australian Institute of Health and Welfare released their flagship report, Australia’s Health 2020 this week, I thought it would be an excellent opportunity to highlight some of the recent statistics from this report. And give me a good reason to share the list of health-supportive apps and social media channels I have found or had recommended to me.

The report, Australia’s Health, is published every two years and is an authoritative source of information into the state of health in Australia. Within this report, health is considered fundamental to an individual’s wellbeing and many aspects of health are addressed.

The report includes some good news and some not so good news on the health of young Australians aged between 12–24.

The rate of deaths for young people in Australia has decreased.

Some health risk factors have improved:

The not so good news:

Suicide is currently the leading cause of death for 15 - 24 year-olds.

and a little historical context...

What is being done and what can we do?

A falling death rate for young Australians is an indicator of the standards of health care many Australians receive.  The Australian Government has invested in a suicide prevention strategy and more recently, developed a national mental health and wellbeing pandemic response plan which has links to resources and a range of healthcare services. At a community and individual level, we can also take action. We can take care of our own mental health and look out for signs and symptoms of mental health distress in our family, friends and others. It can be as easy as asking ‘Are you OK?’

Mental health, just like our physical health, benefits from daily care. Some of the ways we look after our mental health and overall wellbeing include eating well, exercising regularly, getting enough sleep and practising mindfulness.

Many people find certain apps and social media channels supportive of their physical and mental health. It’s important to note that apps don’t substitute for professional and personalised advice.

If you require mental health support, please reach out to your health professional for assistance or contact any of the following services:

Below are some of the apps and channels that I, or others I know, have found useful in one way or another, health is personal so not everything will be helpful to everyone, consider this a sampling plate.