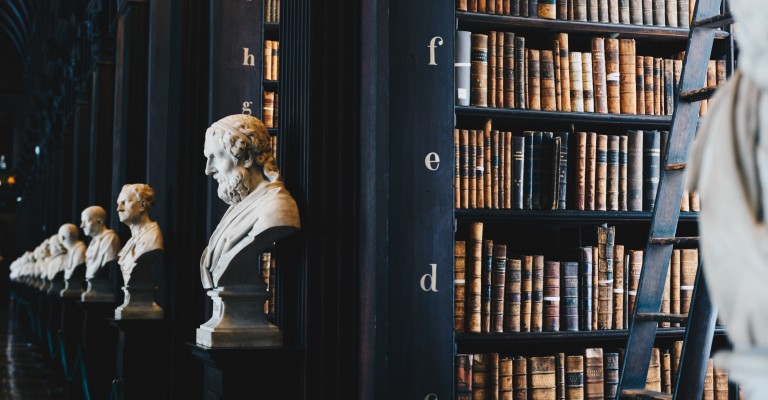 I'm currently in my fourth year of completing my doctorate of philosophy and think I'm only starting to get my head wrapped around the philosophical aspects of this journey. In chatting with a mentor recently the topic of visualizing and understanding how the various schools of thought fit together came up. This prompted me to think about the various resources I've used over the years to help me understand and make connections between philosophical concepts. In the spirit of sharing, I offer below a selection of philosophy resources I've come across, starting with the least detailed and ending with the most detailed. Importantly, apart from the book, these resources are not intended for an academic audience, so if you are on your own philosophical journey consider these a starting point to dive deeper into concepts and thinkers that interest you.

There are three infographics on the SuperScholar site I found useful because they helped me visualise the time period, key thinkers and some basic concepts predominant at that time.

The Eastern Philosophy timeline starts at 3000-2000 BCE and covers schools of thought from East Asia, India, Iran and Islamic and Hebrew diasporas.

A Comprehensive History of Philosophy combines the previous two, putting Western and Eastern schools of thought alongside each other so the two timelines are roughly comparable.

The History of Philosophy website uses a neat visualization algorithm to depict time periods, key thinkers, and concepts. Lines between the concepts indicate dis/agreement, contrast, similarity, refutation, or expansion. The timeline starts at Thales (620 BCE), and the most recent entry is Chalmers (1966). It has at least 100 philosophers listed with key concepts listed under each. There isn't in-depth detail, just a few bullet points under each theorist, but the timeline function and the connections between each theorist are fun to play with and a great way to see big picture connections.

The person behind the website is not a "historian of philosophy"; it's a personal project and is offered in the spirit of making the information accessible to those who are interested. The website is best viewed using the Chrome browser and is regularly updated.

{BOOK} The Foundations of Social Research by Michael Crotty

This was the first (and only!) book my supervisors have ever recommended I purchase. Written for postgraduate students, it is necessarily focussed on the research process and assisting students to grasp the interactions between ontology, epistemology, theoretical perspectives, methodologies and research methods. Years of experiencing teaching qualitative research methods have likely honed Crotty's ability to communicate the content research students need in a relaxed and approachable manner. After offering a visual representation of the relationships between epistemology, theoretical perspectives, methodologies and research methods, he walks the reader across this representation from the perspective of implementing a research project.

Each of the remaining chapters is dedicated to a theoretical perspective, outlining that perspective's key thinkers and concepts. Starting with positivism, Crotty guides the reader through constructionism, interpretivism, critical inquiry, feminism and postmodernism, demonstrating how each has developed over time and how each has built on or diverged from the previous.

This website is volunteer-driven and offers open access to detailed, scholarly, peer-reviewed information on key topics and philosophers in all areas of philosophy. The site says the articles are written "by experts but not for experts," which means that the content is written to be accessible for "advanced undergraduates".

The site is structured like an encyclopaedia; click on the letter to find the index listing all entries starting with that letter. Entries include both individual philosophers and detailed entries on theories, concepts, schools of thought. Each article is comprehensive and offers a list of further reading and resources.